Project controls in construction will never be the same again

Kreo and LogiKal Projects recently collaborated on a webinar: Project controls in construction will never be the same again. It inspired us to look into demonstrating the impact advanced technology can have when it comes to project planning.

Setting up the project 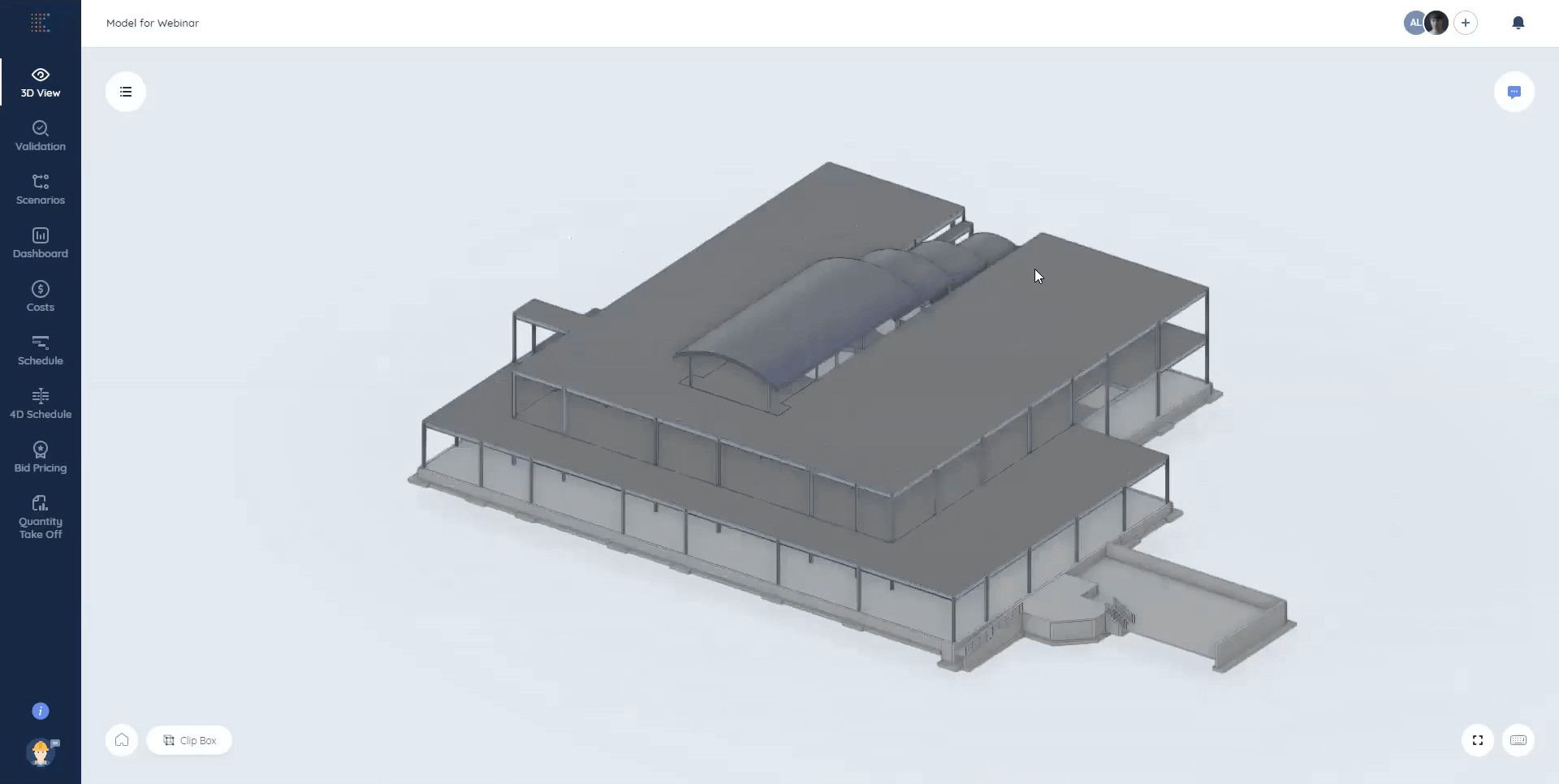 We created a very simple BIM model for the purpose: a metal structure frame with metal decking and concrete foundations. Kreo’s AI automatically links activities with BIM elements, meaning you can create a scenario of how the building will be built. It creates a sequence for you.

We started with the scenario of no restrictions, meaning the entire foundation could be built across the site at the same time. That would be the optimal solution in terms of time and cost. It’s an easy sequence that the AI creates without needing much information from the model.

However, in real life, there are usually restrictions on site. It takes on average six weeks to prepare a construction project schedule, as there are many scenarios needed for the same project. There might be hazards on site that need to be removed, for example. 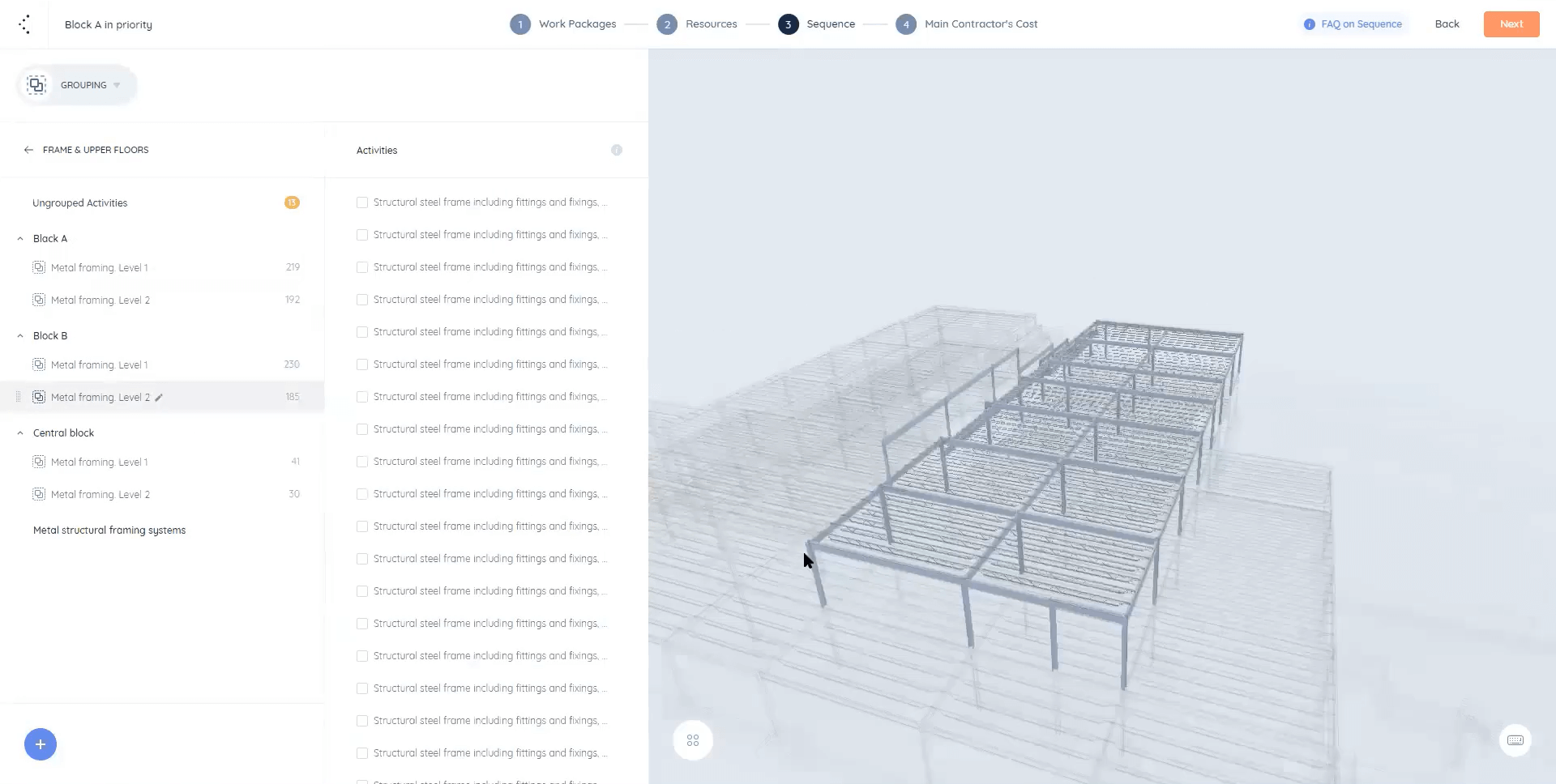 We imagined a scenario where there was no storage at the construction site. That meant that steel elements would need to be stored in one part of the building during construction. This meant we needed to model different options for storing those elements. We split the building into two blocks: we named them Block A and Block B (to keep things simple!).

We modelled a scenario in which steel elements would be stored on the Block B side of the site. This meant that Block A would need to be constructed first. In Kreo’s scenario page, we duplicated the AI-generated scenario in order to edit its sequence. This new scenario we would call Prioritise Block A.

The first step we’d need to think about was managing work packages. When we look into resource levelling, for example, we need to look into a particular subcontractor. We need to modify their rates or productivity.

Then we can go onto the sequencing. In Kreo it takes two minutes to create the new sequence based on the information we’ve just given it. From there we see an instant estimate of the cost and schedule. When we look into the 4D schedule, we see how the build would look in practice.

To swap around the schedule entirely and test starting with Block B instead of Block A, it takes another few minutes to make this swap. You can then directly compare the cost and schedule of the two scenarios on one page. In this case, we were able to see how the second scenario would take 15 days fewer than the first. The building would be erected more quickly if Block B were built first.

You can apply the same kind of logic to comparing work packages or testing resource restrictions. For example, you could look at double shift impacts or craneage. Kreo takes into account productivity and overloading factors within activity zones.

Kreo is ready for project controls in construction

This enabled us to prove that this kind of technology is key for project controls in construction. Project controls professionals will be able to envisage scenarios much earlier than previously possible.

The recording of the webinar we ran with LogiKal Projects includes a demonstration of this. The demonstration starts just after 12 minutes into the video. If you want a customised demo you can simply schedule it via the button here below.