How Cast has embraced digital transformation with Kreo

Cast Consultancy, a specialist business focused on helping to solve the UK housing crisis, is driving innovation in the delivery of better quality homes and communities. Having recently joined the Editorial Board for unlocknetzero.co.uk, Cast has demonstrated its commitment to paving the way to a greener and more innovative future. The business has adopted a truly technology-forward approach, setting it apart from many other consultancies - as George Pleasance, Senior Cost Consultant, explains to Kreo’s CEO, Magomed Galaev, “we openly say in all our forums or business updates that this digitalisation of our workforce and softwares it isn’t something we just want to do, it’s something we need to do. If we’re advocating for Modern Methods of Construction on site, that's something we have to do as a consultancy.”

It was clear from the early stages of the collaboration between Cast and Kreo that there were many synergies in our business’ thinking. Cast is renowned to be a highly tech-savvy consultancy, and this has been consistently driven from the top and instilled throughout the business. As George says, “We’re on a journey and want to make sure that all of our technologies are enabling us, so that we can feed that into the physical projects and sites that we work on as well.”

Having joined Cast two years ago, George’s day-to-day work is in the quantity surveying world, but he also has time carved out of every week to work on digital transformation projects - much of this, working with Kreo. He has been working in partnership with Kreo for over a year now, both as a user and as part of a task force shaping Kreo’s product development. Kreo’s cutting-edge 3D, and more recently, 2D Takeoff software, revolutionises quantity takeoff and data analysis using artificial intelligence. Previously to joining Cast, George had been using CATO software for some years, and was an avid user of CostX to Super User level. When he joined Cast, where the team currently use Causeway, he began focusing on assessing the tools in use. 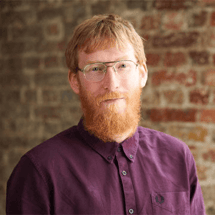 When asked about the pitfalls of the software he has used so far, he mentions in particular “Our biggest hurdle with trying to interpret the software was the visual representation of information. You’ll draw an area, give it a style, tag it to where you want it to be in the takeoff sheet. But when you’ve done 8 hours’ worth of takeoff and you go back to view it, it's very easy to get lost amongst an infinite list of individual takeoffs - either when you’re looking back on it yourself, or when you’re trying to present it on screen live with an Architect or a Client.” Another issue he has found with a separate product was that “it takes a cost plan that you’ve done in their software and exported it to a PDF that you would send to a client, and the coding elements and structures behind that are very rigid. It’s very difficult to bespoke a cost plan for any given client if there’s a special request over and above your template. And if you actually approach the company themselves asking about a new template you want to use -  it’s costly, takes time, and can be disruptive.”

We wanted to know more about this potential disruption and how time-consuming it could be to go down this road. George explains, “It might be that one client has a particular summary they are asking for, that only they want to see. We would want to build that into a template where you could switch that page off for other clients. But that process - to build one template - was over 6 months. This has had a massive input from us and the result was from brute force and manual labour as opposed to real developments in the flexibility of the software.”

George goes on to explain why Cast chose Kreo Takeoff - “We went through a very extensive review of Takeoff software available for 3D and 2D. We found that those that try to do both struggled. We also found that a lot of them were designed without input from Quantity Surveying - some of them seemed to have been designed in isolation from any partnership with any Consultancy. The ability to build a Takeoff solution with Kreo, taking the good things from other software avoiding their pitfalls, meant we could create something that works for both parties and also for the wider market.” 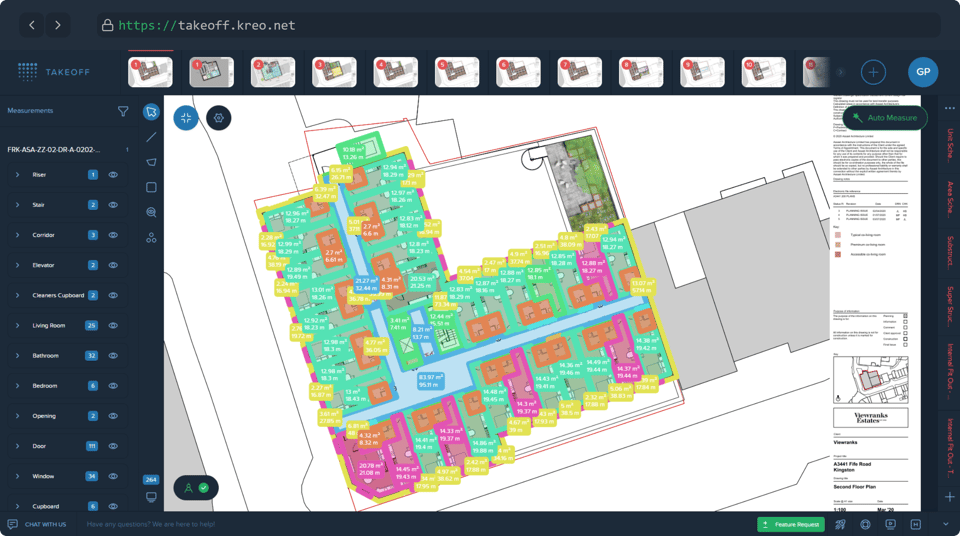 George and his team have been using Kreo’s 3D Takeoff platform for several months, and they have recently been participating in the Beta launch testing and product development process for our newest product, 2D Takeoff. “On BIM takeoff, the 3D Kreo platform has been starting to gain a lot of traction”, says George. “We’re finding particularly within the structural Revit models we’re receiving, we’ve been able to really increase the speed of a Takeoff. If we have a multi-block, multi-floored structural Revit model that has umpteen amounts of different columns or different floor thicknesses, we’re really able to go away from taking individual columns or asking for column schedules. We're able to get a takeoff from something that would probably take a day and a half, down to something we can get an export from in 30 minutes.” And has anything else contributed to the ease of adoption of 3D Takeoff within George’s team, we asked? “Due to the fact that the software itself doesn’t put huge strain on additional requirements for the way in which they design, it’s basically a 4-page document of some additional bits and pieces. Because it’s not an onerous design document to adhere to, we are having success with it.”

Finally, we wanted to know what George’s experience of Kreo has been like over the time we have worked in partnership. Fortunately, he had good things to say! “Positive, nothing but positive. It really has been a journey. The foundations are built so we can start looking at the really intelligent stuff. I speak with Maksim (Kreo’s CTO) three times a week, and on a personal level it’s been great. Cast & Kreo do work very well together. We’ve had good uptake at a really early stage and people are really excited to be able to help expand the software and learn what the new features are going to do.”