Funding and the Future of MMC

by Marie Galay in Industry Insight

The Kreo team recently attended the Homes UK 2019 conference, where Julia Valentine spoke on a panel on 'Digital Innovation in Construction'. The team's attention was also caught by a panel on the future of modern methods of construction (MMC) regarding funding. We summarised the findings to better understand how Kreo would fit into the MMC movement. 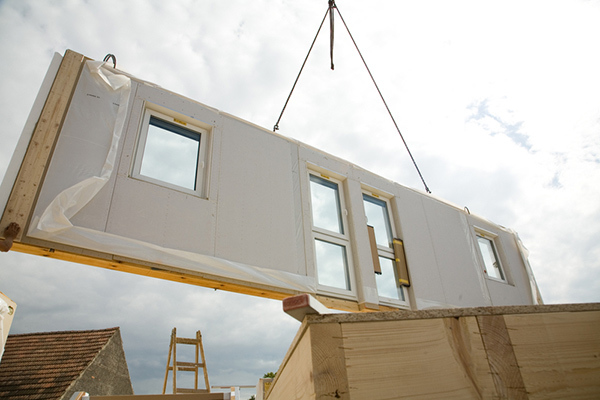 MMC utilizes modular construction. This involves producing standardized components of a structure in an offsite factory, and then assembling them onsite. Modular construction is not a new concept, but it is making a return to the construction industry due to housing shortages and increased interest in related technologies. However, there is still hesitation from all industries involved when it comes to increasing the use of MMC. The panel’s discussion regarding the financing of MMC projects highlighted the financial sector's limiting attitude towards MMC builds in particular.

Louise Lever – Partner and Head of Social Housing Finance at Winckworth Sherwood – pointed out that funding is a concern for a lot of clients looking to utilize more MMC. The issue arises because lenders are still unsure about accepting properties built using MMC as security. This is especially an issue for Registered Providers (RPs) but affects all developers wanting to build using MMC. It will be harder to get a mortgage on any development – regardless of whether it is sold to an individual or a large landlord – if the development relies heavily on MMC.

Andrew Smith, Director of Valuations at Savills Housing Investment Consultancy, spoke on this issue as well. The big question banks have is whether MMC is capable of supporting long-term debt. Smith and his colleagues at Savills believe that the answer to this question is yes; however, banks still question whether MMC buildings can be valued in the same way as those built using traditional methods. Lenders will likely continue to be hesitant regarding MMC until it is more established. In fact, some banks are actually specifying that only a set percentage of any loan can be towards MMC.

Savills is "expecting that most mainstream MMC will be valued identically to traditional". However, to achieve this, developers will have to demonstrate that MMC buildings perform just as well as, or even better than, traditionally built properties.

The panelists stressed the importance of having access to more information and data about MMC in order to assuage lenders’ concerns. Banks already require more information from developers looking for help financing MMC projects, including maintenance schedules and an exhaustive array of warranties. In particular, lenders want visibility on what maintenance obligations there are with these types of properties since this could have an impact on cash flow. Currently, developers themselves are sometimes unsure about maintenance needs; obtaining more concrete information about these requirements will be important step towards making lenders more confident.

The panel discussed looking towards Europe, where MMC is used more and where lenders are already more comfortable with this type of construction, to guide the future of MMC in the UK. Both Lever and Smith emphasized that Europe’s MMC market can prove most useful to the UK market by providing more information and data about MMC to reassure British lenders.

What does the future hold for MMC?

The panelists, on the whole, expressed a belief that positive progress is being made and that the future is bright. Lever stressed that she is confident that, in time, lenders will happily accept MMC buildings as securities. Smith similarly said that "after a couple of years of external and internal dialogue, our message is relentlessly positive. We're saying to banks and RPs that MMC is coming".

There is already evidence of banks willing to get more involved in MMC:

Mark Farmer, chief executive of Cast Consultancy, was quoted in Housing Today as saying that the Goldman Sachs investment marks “a major milestone in moving market sentiment”. Farmer said the Sekisui House development “is as big as it gets in UK’s modern methods of construction evolution."

Kreo is making it easier for the construction industry to prove the value of modern methods of construction. Kreo Modualr generates modular building designs for high rise residential buildings. Watch our demo video below and book a demo with us!